Serendipity and How to Find It 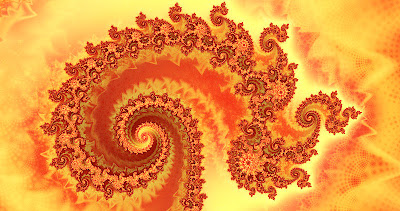 Serendipity is a real word. It means "making unexpected fortuitous discoveries". Serendipity is when something unexpected happens to you that turns out even better that what you were planning.
Serendipitology is a made-up word. (I know, because I just made it up.) It is the study of serendipitous events. The word implies the rather absurd notion that you can plan on unplanned events. By definition, you can't expect the unexpected at a certain place and time, but you can expect that the unexpected will happen throughout your life, and you can be ready for it.
Let's say say you're planning a certain career—like doctor—and you're slowly working through the educational steps to get there. Then, while on a summer vacation, you happen to meet someone who is engaged in an entirely different career—a far more exciting one—and he gives you an opportunity to join him. That's serendipity: an unexpected fortuitous opportunity.
The really complicated serendipitology comes in when you have to decide between these two options: the seemingly safe and planned one and the apparently risky and unexpected one you only started to consider just now. It's not easy making this choice and it helps if you have a preexisting structure for it. The aim of serendipitology is to give you that structure, providing a philosophy for processing unexpected events of all kinds.
Serendipitology is essentially the science of real-world planning. It assumes that whatever plans you make, reality is going to step in from time to time and muck them up. If you're a non-serendipitologist, every time reality throws a monkey wrench into your plans it's a disaster. An experienced serendipitologist is more likely to step back and say, "Hey, maybe this isn't a disaster but an opportunity. Maybe this is better than what I was planning!"
Serendipitology helps you navigate the fine line between planning and passivity. Planning is good. In whatever game you are playing, it is wise to be looking ahead as many moves as possible, anticipating your future actions to reach an intended goal. Passivity is generally bad. If you take no active role in your own life, then you will always be a victim of outside forces. Planning breaks down, however, when you try to overdo it, trying to plot out too much without knowing what the world is going to do to derail your plans. Sometimes, you have to let unexpected events show you the way, perhaps with an occasional deliberate choice to flow with the winds and let things be.
There are two ways to screw up your life. One is to exert no force on it whatsoever. You passively follow the path of least resistance, which usually leads to little reward. The other way to screw up your life is to over-plan. You insist that you know exactly what the rest of your life is going to look like, commit yourself to that plan irrevocably and try to control every contingency leading to it. Both modes set you up for disaster, in the first case because you don't think ahead and in the second because you're not prepared for the unexpected events that will inevitably disrupt your plans.
Serendipitology is the philosophical equivalent of chaos theory in physics. Chaos is chaotic. In a chaotic system (such as, for example, any human system on Earth), there is no way to predict what any single particle will do. However, you may be able to predict the general behavior of the whole system. In physics, you have a pretty good idea of where chaos will happen and how it will evolve, even if you don't know the specifics. Likewise in serendipitology, you don't know exactly what the future will bring. You only know, with reasonable certainty, that something unexpected will come along to disrupt your well-laid plans.
What will happen in your life over the next ten years? There's no way to know for sure, but you can get a clue by looking back at the past ten years. Is the place you are right now the same place you expected to be ten years ago? Probably not. Although I don't know you personally, I would guess that some unexpected event or events disrupted your original plans. Perhaps you got a divorce or lost your job or something good happened that changed your course. In that case, it is reasonable to assume the same will happen in the next ten years. No matter how well you think you have things planned right now, unexpected events are bound to intervene.
Whether those unexpected disruptions are "disaster" or "serendipity" is up to you. You may have no control over an event itself, but you do have control over your response to it. Losing your job could be a catastrophe or a godsend; it depends on how you approach it. It also depends on how well you are prepared, practically and psychologically, for events like this, and that's where serendipitology comes in.
Unexpected events are beyond your control, but serendipity is a choice. It is up to you to find the silver lining in every cloud. People who seem to experience a large number of fortuitous events are not necessarily "lucky". They may just be better at recognizing unexpected opportunities and running with them. Instead of being charmed by fate, they may be skilled serendipitologists with a practiced ability to leverage fate to their advantage.
So what are these skills and how do you develop them? That is the purview of this blog.
How can we take the whims of fate and turn them to our advantage?
G.C.
Laguna Niguel, California
Posted by Glenn Campbell at 8:55 AM

Birth of a New Word!

On February 8, 2012, I invented a new word: "serendipitology". This short blog is a record of that birth. Here you will find a few of the basic concepts of this new field of study, but they will be explored in more detail elsewhere.
For a newer explanation, see this entry in my other blog: Serendipititology: The Art of Unexpected Good Fortune